Altans’ lawyer objects to court’s rulings ahead of retrial 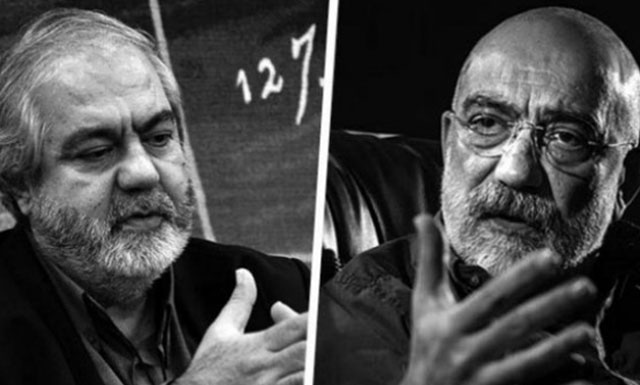 Figen Albuga Çalıkuşu, the lawyer representing Ahmet Altan and Mehmet Altan, has filed two new petitions with the 26th High Criminal Court of Istanbul and the next court of first instance this week, objecting to last week’s interim rulings by the 26th High Criminal Court, which ordered the continuation of Ahmet Altan’s detention on remand and ruled for Mehmet Altan to be “forcibly brought” to the retrial in October.

After the Supreme Court of Appeals overturned the aggravated life imprisonment sentences against six defendants including Ahmet Altan, Mehmet Altan and Nazlı Ilıcak in the “coup” case, the 26th High Criminal Court of Istanbul ruled for the five imprisoned defendants to remain in detention on remand and for Mehmet Altan, who was released last summer by a decision of the appellate court, based on the Constitutional Court’s ruling, to be “forcibly brought” to the first hearing in the retrial, which is set for 8 October 2019.

Çalıkuşu said the ruling was “in violation of the right to a fair trial” and that this way, the court “has proven once again that it has lost its impartiality.”

In her objection filed with the 26th High Criminal Court of Istanbul, Çalıkuşu recalled the Supreme Court of Appeals’ recent ruling that called for Mehmet Altan’s acquittal.

Çalıkuşu asserted in her petition that in 2018, the Constitutional Court of Turkey and the European Court of Human Rights have both rendered judgments in favor of Altan, ruling that his pre-trial detention was unlawful.

Çalıkuşu also added that according to Article 146 of the Code of Criminal Procedure (CMK), only in cases where “there are sufficient grounds to issue an arrest warrant or an apprehension order” against the accused can the judge order them to be forcibly brought before the court. Çalıkuşu emphasized that in the case of Mehmet Altan there were no reasons to justify this decision.

Additionally referring to articles 145 and 146 of CMK, Çalıkuşu pointed out that even in the event there is such a request, Mehmet Altan cannot be brought to court by force before being summoned by a letter first.

According to CMK 145 and 146, a suspect or accused may forcibly be brought before court if there are sufficient grounds to issue an arrest warrant or an apprehension order, or if they fail to appear before the court after being summoned by a summons letter.

Çalıkuşu also filed a complaint against the three-judge court panel with the Council of Judges and Prosecutors (HSK), saying the council should take immediate legal action against the trial court’s arbitrary rulings and its judges. The HSK should also transfer the case file to another court, she said.

The Istanbul 26th High Criminal Court of Istanbul has to deliberate on Çalıkuşu’s objection in three days.

Çalıkuşu filed her objection to the trial court’s interim decision ordering the continuation of Ahmet Altan’s detention on remand with the next court of first instance, the 27th High Criminal Court of Istanbul.

Noting that Altan has been in pre-trial detention for 35 months despite the maximum jail time for the alleged offense being 30 months, Çalıkuşu requested the court to release Ahmet Altan.

Çalıkuşu wrote: “In view of the scope of the case file, the current stage the trial is in, and the 35 months that have already been spent in pre-trial detention, a judge who is guided by conscience cannot rule for the continuation of the defendant’s pre-trial detention. A court who can make such a decision while knowing that the maximum jail time for the offense is 30 months clearly exhibits bias in determining the appropriate sentence. And by preferring to punish before conviction, this court has gone against the Penal Code. The only truth that comes out of this is that the goal is to keep Ahmet Altan locked up behind bars.”
23-07-2019
Share: